Fireworks - an excerpt from Rare Birds

Shari Jewell stood at the makeshift barricade strung across the lawn at Brookley Field.  She was happy and excited, waiting for the fireworks to begin, holding to her sister’s hand on one side and her cousin Carter’s on the other.  In a crowd of highly anticipatory people standing in the thickly settling dusk.  “Is it time soon?” she asked Jenny.
“Soon,” answered Jenny.  “Do you remember the fireworks from last year?  When we lived in Richmond?”
“Yes,” said Shari.  “It’s loud as thunder.  And like birds of fire all different colors.”
“That’s right,” said Jenny, grinning at Carter.  “Birds of fire.”
“Like golden eagles,” said Carter.
“And green parrots,” added Jenny.
“Red-tailed hawks.”
“Blue jays.”
“Yellow canaries.”
“Pink flamingoes,” rejoined Jenny. 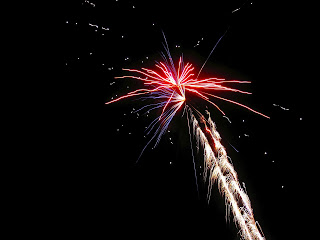 “White-tailed kites.”
“Oh, come on.”
“Look it up.”
"Purple finches.”
“Scarlet Tanagers,” said Carter.
“Peacocks,” said Jenny, as a final, triumphant word.  “Peacocks.”
“Peacocks,” agreed Carter, grinning at his pretty young cousin.
“Shari!” someone called.  Kimmie Broun was weaving through the crowd toward them.  Del was following her anxiously.  Kimmie hugged Shari and then Jenny.  Del nodded.
“Hello, Del,” said Jenny.  “My cousin Carter.  This is Del Broun.”  They shook hands.
“Kimmie just barrels through people,” said Del, half-grinning, “then, I have to follow.  Folks don’t mind a little girl pushin’ through ‘em but a grown man is another story.”  He stopped talking suddenly.  The grin left his face.  Jenny followed his eyes to a short blond woman standing some fifteen feet away.  She was looking back at Del through large thick glasses.  She smiled.  Waved.  Del waved back.  Then, looked sheepishly at Jenny.
Jenny studied the woman again.  She was intrigued.  There seemed to be some connection between the woman and Del.  Next to her she recognized Faye Ruff, a friend from school.  Faye spied Jenny and moved toward her.  Olive and Web followed.  There were introductions and a sorting out.  Del explained how he knew Olive from Scouts.  He seemed discomfited, shy in the small blonde’s presence.  His son Todd, Del told them, was out there in the dark somewhere.  When they had arrived, he had quickly disappeared into the crowd.
As he was speaking, the first rocket was launched, whistling upward.  A great explosion and a burst of light sent Shari into Carter’s arms.  He picked her up, holding her against his hip.  Her face buried in his throat.  Carter was abashed and pleased at his cousin’s trust and affection.  At his unaccustomed role.  After a time, she lifted her face toward the sky and watched the loud, fiery, colored birds.
Del stole glances at Olive who stood nearby.  Kimmie and Web between them.  We could be mistaken for a family, thought Del.  Dismissing that thought from his mind.  Watching the varicolored lights play upon Olive’s face.  Heard her oohs and aahs.  Olive turning to smile up at him every now and then.  Kimmie squeezed his hand at the louder ones.  Del wanting his hand squeezed by Olive Ruff.  He felt suddenly lonely and lost, small under the sky, amidst a sea of strangers.  A spent ember had drifted down and settled in his chest.  Lit a flame in there.  He kept his eyes on the sky as he monitored the burning within.  He dared not look again toward Olive Ruff. 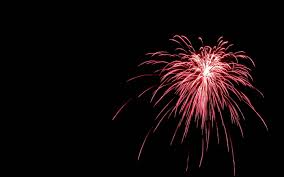 Not a hundred yards away, Amos, Wanda and Ruddy sat on the tailgate of the old Stringfellow pickup.  They were parked across from the fenced area, beside the highway.  The sky was exploding in colors above them.  Fireworks in the heart of Dixie, in the deep, warm Alabama night.  It’s like a date, thought Wanda and Amos independently.  Each, perhaps, not caring much about independence for themselves anymore.  Ruddy, sitting between them, a proper chaperone.  It felt good, to be out in the world together.  Neither had been on a date in many years.  Maybe a portent of things to come?
She was wearing her soft, faded jeans and plain, feminine blouse.  A gold locket around her throat.  It made Amos’s heart leap.  He wanted to touch the woman to whom he sat so close.  Stroke her hair.  Explore her eyes.  He did not have the nerve.  Even when they returned to Bayou Petite, she would say goodnight while holding onto Ruddy.  And he would nod and smile and walk toward his house under the moon-shadowed oaks.
Wanda felt Amos’s eyes upon her, his admiration and appreciation.  She was shy under his gaze and yet she felt safe.  She held her head tilted upwards, motionless, as if posing.  She hoped he would not notice in the dim light, how she was trembling slightly, blushing deeply, her breasts and neck hot in the humid night. 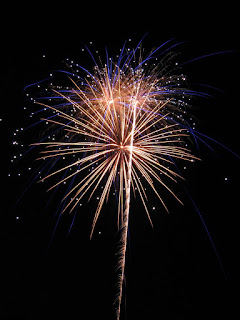 A great, brilliant, thunderous finale sent the crowd to their cars.  The group that had gathered around Jenny and Carter walked loosely together.  No one had anything to say.  Words seemed an intrusion.  Todd was waiting at Del’s car.  The three families parted and made their way home.  Across the field, Amos cranked the truck and entered the highway.  The beauty of the fireworks left an afterglow in each heart and mind.  And there were other afterglows and impressions, emotions and yearnings that lasted long into the night.