Stringfellow - an excerpt from Rare Birds 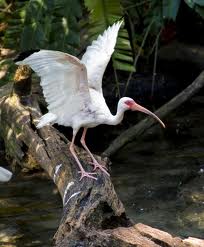 Jim dreamed of the ibis, pure white and graceful, crossing the clear brown creek, flying directly over the Stringfellow house.  In its cry, Jim heard his name and awoke.
"Preacher?”  Jim spoke softly in the dark of the room.
“I’m here.”
“Where’s everybody?”
“They’re asleep.  It’s a little after one.”
“I see.”
“Do you want anything?”
Jim managed a weak smile.  “That’s the question, Preacher.  I been thinkin’ about it.  You know, I . . . I don’t want nothin’ at all.  Not even to live any longer.  Not to have somethin’ I never had or I don’t already have.  I’m completely empty.  Washed up.  I want for nothin’, Preacher.  No regrets. Oh, I could’ve been a lot better man in some ways.  A better father.  Hindsight’s twenty-twenty.  And maybe you were right.  For yourself.”
“How’s that?”
“How you never considered this world your home.  All your life lookin’ for a way out.  And for what’s comin’ up next.  I made myself at home in this world.  For fifty-four years, I settled into it right comfortable.  I know there’s more to it.  But it never was my concern.  The other parts of it.”
“You lived well, Jim.”
“I did what I did.  I was who I was.  I took what came as it came.  I can’t imagine it bein’ any way other than the way it was.  The way it is now.  Can you?”
“No.”
“It’s still a mystery . . . after all these years.  Like it was when we’d sleep out on the dock and watch the moon rise against the stars.  Like when we’d skin a cat or slit a deer’s throat to bleed him ‘fore we dressed him.  Like how the mallards sit in our front yard, same time every fall, sunnin’ themselves before they move on to Mexico.   A mystery.  I ain’t learned a damn thing.  And that’s all right.  It’s good.  It’s good.”
“Good and faithful servant.  Your faith was always bigger than mine.  Still is. Never hesitated; never questioned.  You’ve been right to live like that, Jim.”
“You talk that way at my grave, Preacher.  You tell ‘em.”
Jim was silent after that, drifting into a light sleep.  His labored breathing, the hum of the box fan and the distant night sounds.  It struck Amos eerily – maybe this was Jim’s last night on earth.  Last night in the body.  With the holy stars around and the dark woods and the deep black creek.  If Jim meant nothing to God just as he was right then, that little speck of a body in the great universe, if Jim’s life wasn’t good enough, right then, we are all orphans, thought Amos, without a Father, a purpose, a faith.  And I am a great speckled bird surrounded by enemies.